ANGELA AGUIRRE - "The only difference is: When we go to war, we make that shit look good." - Boobs vs. Brains

What I Know About Blogging

Since I started this blog, I've learned a bit about blogging-for-profit.

First, you need to own a domain name. I did for a year. I didn't keep it. I might regret that later...

Second, you need to treat it like a job. I never have. I know the work your favourite mommy blogger puts into making her life look serene, linen fresh, and spit-up free. I appreciate the shit outta that, but my life is more about transferring the clean clothes from the floor to the bed depending on which one I'm using right at the moment.

Third, you have to be consistent. Well folks, the only thing I'm consistent about is checking my Facebook feed.

I'm just not willing to do any of those things. But I do miss the days (probably hit my peak in 2012) when I was sharing my voice a little more often.

So what does that mean?


Posted by Nicole Yukiko at 5:35 PM No comments: 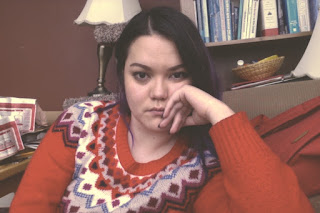 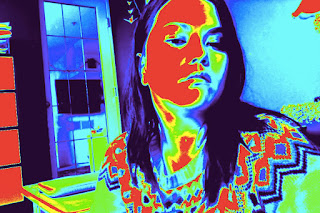 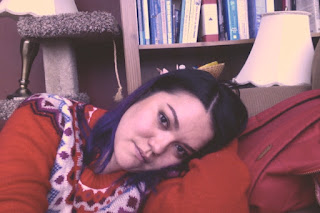 Posted by Nicole Yukiko at 2:26 PM No comments:

Besides the obvious like diamonds, luxury sports cars, and ponies there are a few things I believe nearly every girl and girly person in your life will probably appreciate:

Love,
Nicole.
Posted by Nicole Yukiko at 5:15 PM No comments:

DISAPPOINTMENT IS... Finding out that your period isn't really over. Waking up and still having a cold. Not being Drake's girlfriend.
— Nicole Yukiko Sekiya (@nicoleyukiko) February 6, 2015

No, this is not a daytime talk show with Ozzy's wife. This video is a compilation of parents discussing "where babies come from" with their kids. The reactions range from astonishment to disgust. The parents don't have it easy either. One parent tries to make a connection between his pants pocket and a vagina. Sex doesn't have to be serious, but it is seriously awesome that these parents are taking the (uncomfortable) time to talk to their kids. Brave stuff.

Did you parents have "the talk" with you? How'd it go?


Posted by Nicole Yukiko at 8:08 PM No comments:

Going into a weird, rough, completely outside my spectrum of experience week. I promised myself I'd say "yes" to everything. And now I'm doing a hundred things. Responsible to a cast, crew, director, writers, designers, and countless others. I'm fucking terrified. And beyond excited.

This is a brand new project that my department has never attempted. The only expectations we have are those we place on the project. I expect to learn a lot.

I'm tougher than I thought.

The internet is an abundant resource and I'm so thankful to be in this particular age of creativity and technology. We have so much new technology that makes making films easier than ever. "If you want to, there's no excuse not to be making films yourself."


CLAIRE DANES: Your character, Hannah, is fumbling and struggling and terrified to really commit to her work, even though she is obviously very gifted. It's like she has a confidence that she's not even aware of.

LENA DUNHAM: It's sort of like the naivety of youth. It's interesting how we often can't see the ways in which we are being strong—like, you can't be aware of what you're doing that's tough and brave at the time that you're doing it because if you knew that it was brave, then you'd be scared.

Posted by Nicole Yukiko at 12:39 AM No comments: